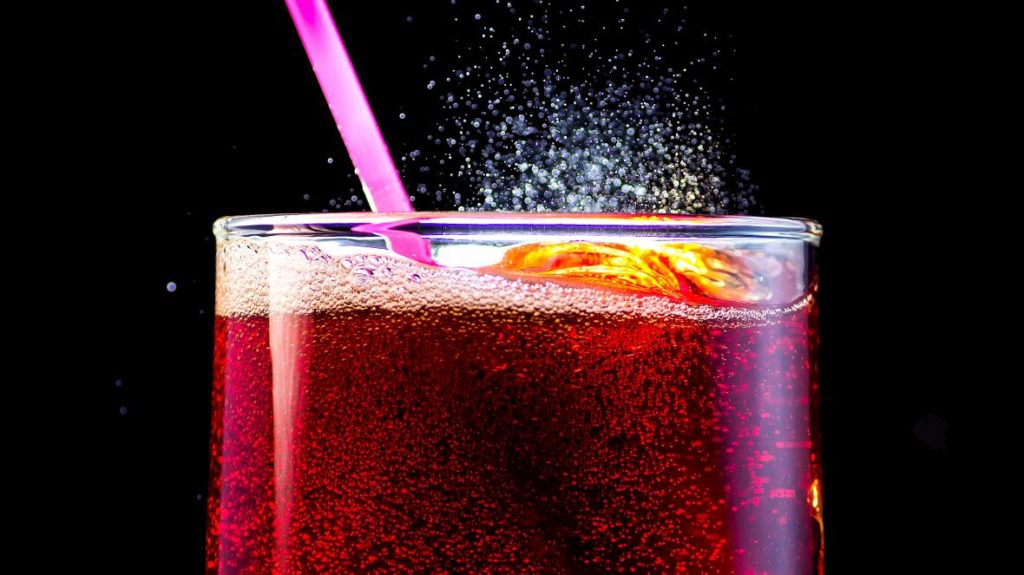 You may have noticed that soft drinks and many other cold drinks, for example, beer have a measured amount of gaseous carbon dioxide mixed in them. This is the real reason why these bottles fizz when it is shaken firmly. Hence, wine and champagne bottles open with a popping sound.

There is countless reasoning to add carbon dioxide as the first-choice additive in cold drinks. Gas solubility is of key importance when it comes to mixing any gas with a liquid. Carbon dioxide is the most soluble common and non-toxic gases to mix. Approximately 1.5 litres of carbon dioxide can be dissolved in 1-litre water at atmospheric pressure. Carbon dioxide dissolves the best with water.

Alternative common gases like hydrogen and helium do not mix as well with water. If they do, they are usually toxic. However, certain beverages may use other gases. Such drinks are normally more expensive and generally less consumed.

Carbon dioxide dissolves well in water because it reacts and forms carbonic acid. Hence, it is the primary reason behind the ‘fizz’ in carbonated beverages. It is this fizz that tastes great with a pleasant sound and it looks cool. The fizz of any cold drink makes it more aesthetically appealing.

Basically, carbon dioxide is fabulously stable when mixing with water, unlike many other gases. This leads to the formation of much-desired carbonic acid. Other gases would result in horrible by-products when mixed with cold drinks.

There are a few other gases that can be used to replace carbon dioxide. However, they are normally more expensive for general consumers. Carbon dioxide is cost-effective and readily available. Therefore, it helps to keep the drink costs down

Carbon dioxide also works as a great preservative. It helps preserve the beverages for a longer period of time. Using other gases may spoil the beverage as well as taste undrinkable.

It is also possible to use methane to replace carbon dioxide in carbonated drinks. However, it may not be as safe as carbon dioxide. Methane is flammable as well as you may not want to drink to be poisonous. Thus, few other gases like chlorine are ruled out too.

You may also consider the environmental shock of mixing a certain gas in cold drinks on a commercial scale.  There are other substitutes to carbon dioxide which may be used. However, they are not safe, stable, cost-effective, or readily available. Hence, manufacturers choose to use carbon dioxide in their production. Carbon dioxide also tastes great in beverages.