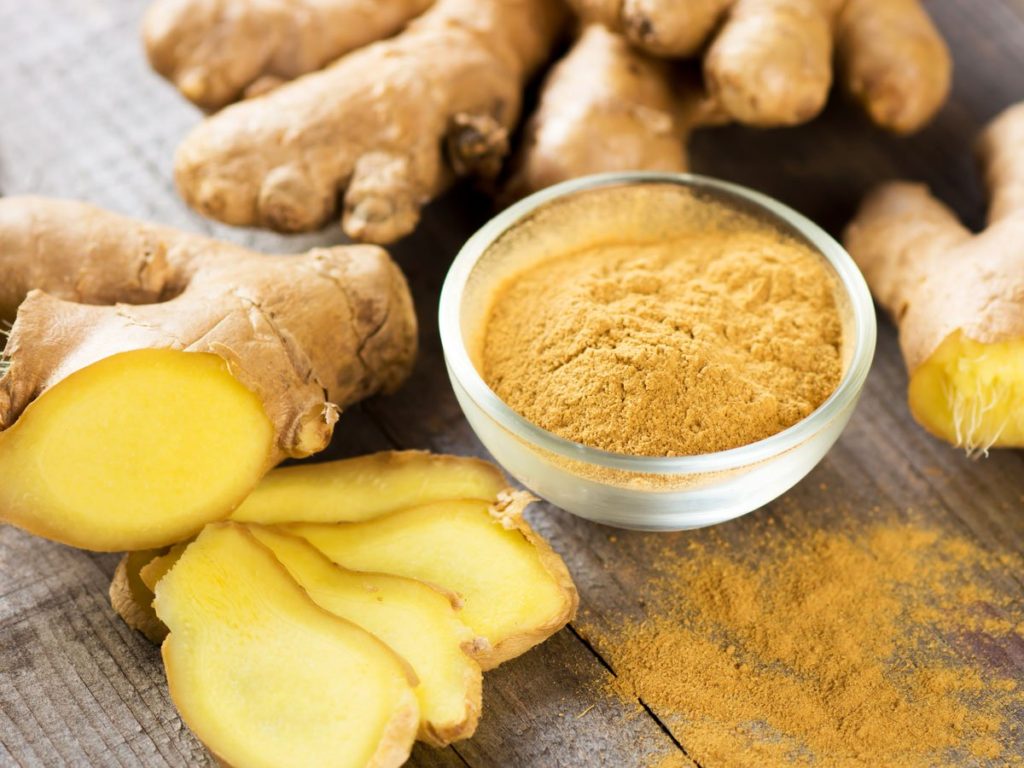 Ginger originally grew in Southeast Asia. It is a tropical plant, however, now readily available from growers around the world. So, ginger is a close relative of turmeric spice.

Many culinary prescriptions list ginger as an herb. Others classify it as a spice. So, it’s confusing if it is a ginger spice or ginger herb. While some call dried ginger spice and fresh roots herbs. Despite the confusion whether it is a spice or herb, it is an important ingredient, everyone, likes to keep in their refrigerator. Thus far, there is more to ginger than its culinary importance. The inside of the root may be yellow, red, or white. It depends on the variety.

When harvesting ginger, the entire plant needs pulling out of the soil. Then the leaves need removing and cleaning roots. More than five centuries ago, Ancient Chinese pharmacists used it as a healing root. The western world found its fame in making ginger ale. The candied ginger too. Thus far, finally, they made the world-famous ginger breadman.

So far, ginger may be consumed fresh, dried, or stored as a spice. It is also made into capsules, tablets, and liquid extracts. Ginger roots contain almost 2 percent of essential oil. Thus far, it is used by the cosmetic industry as a fragrance in beauty products and boutique soaps.

Since ancient times, ginger is a culinary and medicinal ingredient. Normally people use fresh or dried ginger in cooking. Thus far, it is a popular home remedy for stomachache, nausea, and many other health challenges. Ginger contains antioxidants and other nutrients. Hence, it may help treat or prevent arthritis, inflammation, and other types of infection. People take ginger supplements for other health benefits.

Ginger contains antibacterial, antiviral, anti-inflammatory, and other properties which may provide health benefits.

Research shows that enzymes in ginger help the body to break up and expel gas in the intestinal tract during digestion. Hence, it provides relief from any discomfort. It is evident that ginger appears to have beneficial effects on the enzyme trypsin and pancreatic lipase. These are important for digestion. Furthermore, ginger may help increase movement through the digestive tract. So, it suggests that it may relieve or prevent constipation.

Ginger helps ease a cold or the flu. So, many people use ginger to help recover from influenza and cold. While the evidence for this remedy is mostly anecdotal, many people believe in it. Thus far, some research shows that fresh ginger may help to protect the respiratory system. Dried ginger does not have the same effect.

Raw or heated ginger may reduce exercise-induced muscle pains. A study concluded ginger helps reduce dysmenorrhea. It is the pain right before or during menstruation. So far, researchers conclude that taking ginger by mouth is modestly efficacious and reasonably safe to treat inflammation.

The ginger extract helps with cardiovascular diseases too. For example, a dose of 5 grams or more may cause powerful, beneficial antiplatelet activity. Another small study found ginger extracts help reduce the occurrence of heart abnormalities among rats with diabetes.

While ginger does not have many vitamins and minerals, it is an excellent source of antioxidants. So, antioxidant compounds help prevent stress and damage to your DNA. They help combat chronic diseases such as heart disease, blood pressure, and lung diseases. It may help promote healthy aging. Ginger is low in calories too. In fact, according to the USA Department of Agriculture, 2 teaspoons of ginger provide 4 calories. Thus, this quantity does not contain a significant amount of nutrients.

There are approximately 1300 varieties of ginger. They are normally used as ornaments, spices or herbs, and medicines. Most species are aromatic. The word ginger happens to come from Sanskrit singabera. It means, shaped like a horn. So far, ginger may be traced back 5000 years. It was used by the Ayurvedic Indians and traditional Chinese as medicines.

Confucius, the Chinese philosopher wrote back in 500 B.C. about eating his meals with ginger and its importance in digestion.