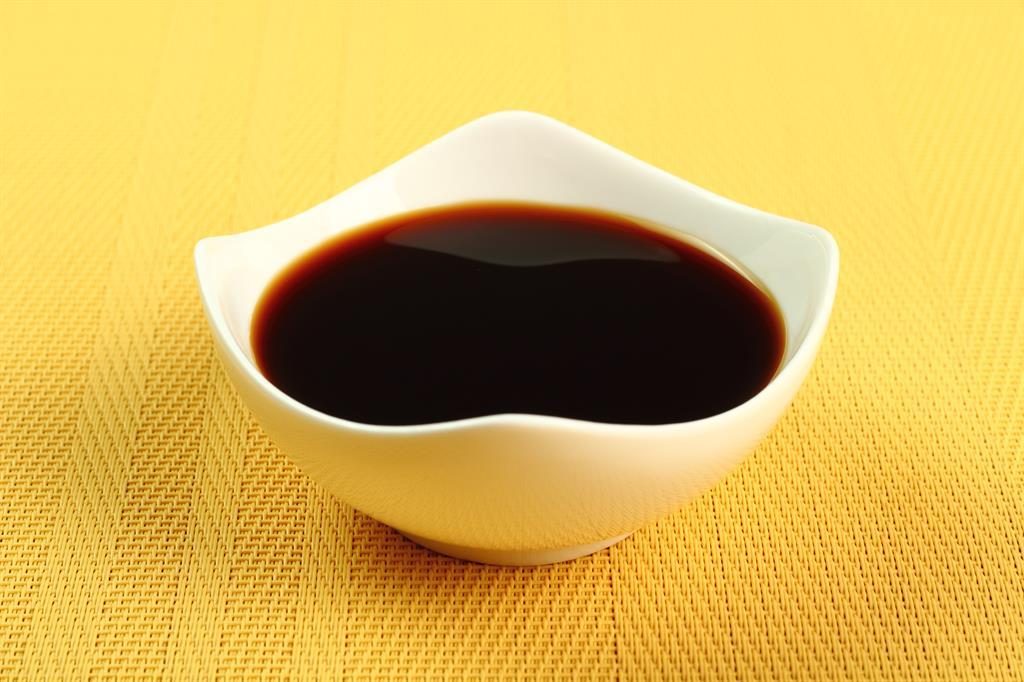 Soy sauce is of Chinese origin made from fermented paste of soybeans, roasted grain, brine, and Aspergillus oryzae or Aspergillus sojae molds. It is full of flavour and today it is one of the best-known soy products worldwide. Soy sauce has been used for more than 1000 years. It is a staple in many Asian countries. Furthermore, it is used extensively throughout the world.

What is Soy Sauce

Soy sauce is a salty liquid condiment thought to be originated from Chinese product called “chiang” over 3,000 years ago. Similar sauces were also developed in Korea, Japan, Indonesia and throughout South East Asia. The word ‘soy’ comes from the Japanese word for soy sauce, ‘shoyu.’

Regional soy sauce variations may have different amounts of the ingredients. This may have an effect on colours, saltiness and flavours. Today many different types of soy sauce are available. They may be grouped based on their production methods, regional variations and taste differences.

Traditional method is made by soaking soybeans in water, roasting and crushing the wheat. The soybeans and wheat are mixed with a culture molds and left for two to three days.

Then water and salt are added, and the mixture is left in a fermenting tank for five to eight months. Though some varieties of soy sauce may age longer.

During fermentation process, enzymes from the mold act on the soy and wheat proteins, breaking them down into amino acids. The starches are converted to simple sugars, then fermented to lactic acid and alcohol. Once the aging process is complete, the mixture is laid out onto cloth. Then it is pressed to release the liquid. This liquid is then pasteurized to kill any bacteria. Finally, it’s bottled

The premium quality soy sauce uses only natural fermentation. These varieties may be labelled ‘naturally brewed.’ The ingredients list will usually only contain water, wheat, soy and salt.

Chemical production is a much faster and economical method of producing soy sauce. This method is known as acid hydrolysis. It may produce soy sauce in a few days instead of many months. This process, heats soybeans to 80°C and mixed with hydrochloric acid. The process breaks down the proteins in the soybeans and wheat.

However, the resulting product is less attractive in terms of taste and aroma, because many substances produced during traditional fermentation are missing. Hence, extra colour, flavour and salt are added.

Furthermore, this process produces some undesirable compounds that are not present in naturally fermented soy sauce. It includes, some carcinogens.

In Japan there are many types of soy sauces. The most common being the dark soy sauce. This is also the most common type sold overseas. It has a strong aroma and reddish brown. Light soy sauce has a lighter appearance and milder aroma. Tamari soy sauce is made with mostly soybeans and only 10% wheat. It may lack aroma and is much darker colour. In China, Tamari type soy sauce is more common. Shiro, is made only with wheat and very few soybeans. It is colour is very light. Saishikomi soy sauce is made by breaking down the soybeans and wheat with enzymes in a solution of unheated soy sauce instead of saltwater. It has a heavier taste, and many enjoy it as a dipping sauce

Chinese soy sauces are often listed as ‘dark’ or ‘light’ in English. Dark soy sauce is thicker, older and sweeter and used in cooking. Light soy sauce is thinner, younger and saltier, and it’s more often used in dipping sauces.