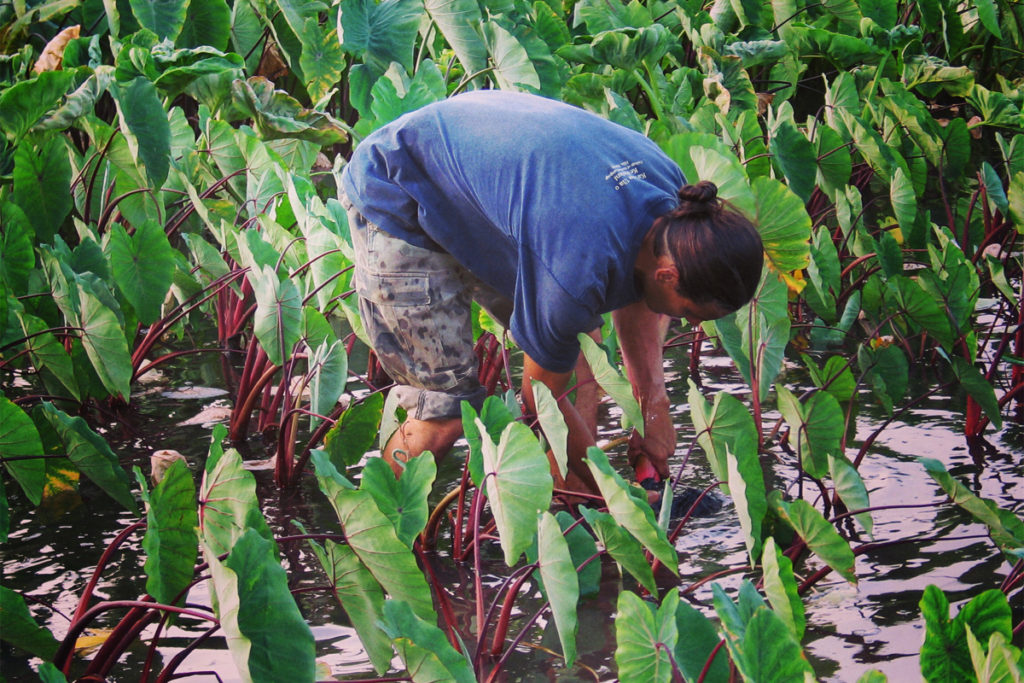 Taro plant belongs to the Araceae family and the scientific name for taro is Colocasia esculenta. It is widely cultivated for its leaves, petioles and corms that are eaten as vegetables. Taro is native to South India and Southeast Asia. However, taro is widely neutralized as it spread to other parts of the world by cultivation.

Nigeria is the largest producer of taro in the world. The crop is also known as old cocoyam in the country. Taro is a staple food in Nigeria. Nigeria cultivates some 639,980 hectares of land with taro. The country produced 3,273,000 metric tons of taro corms in 2014. This accounts for all most 32% of world production.

Taro features in Chinese cuisine whether it is steamed, stir-fried or boiled. The vegetable is eaten as main dish, taro cake, a savory pastry dish with taro being the main ingredient and rice flour is traditional food during celebrations. China ranks number two producer of taro production globally. In 2014, China produced 1,884,987 tons of taro corms. This equates to 18.6% of the world production.

Cameroon is the third largest producer of taro worldwide. It is also called macabo or cocoyam in Cameroon. Where taro is a staple. Cameroon’s taro production in 2014 was 1,672,731 metric tonnes. This represents 16.5% of the total yield worldwide. The cultivated area was approximately 172,324 hectares. While taro is grown throughout the country, it does better in areas with higher precipitation, especially in forest zones.

Ghana natives call taro cocoyam and it is a staple in the country. It is used to make baby foods, cocoyam chips, and ‘fufu’ as replacement for plantains when they are not in season. Ghana is fourth largest grower of taro corms in the world. The country cultivated 200,00o hectares and produced 1,299,000 metric tonnes in 2014.

Taro has been cultivated in Australia for over 100 years. However, it was only taken up seriously since the 1990s. In Australia taro can be grown in paddy fields and dryland situations. Australian growers usually have plantations between 0.5 to 2.5 hectares.

Taro is grown in the wet tropical regions of the Northern Territory, North Queensland, central and southern Queensland and northern New South Wales. Australia has an advantage for taro production because pests and diseases present in other countries are not present in Australia.