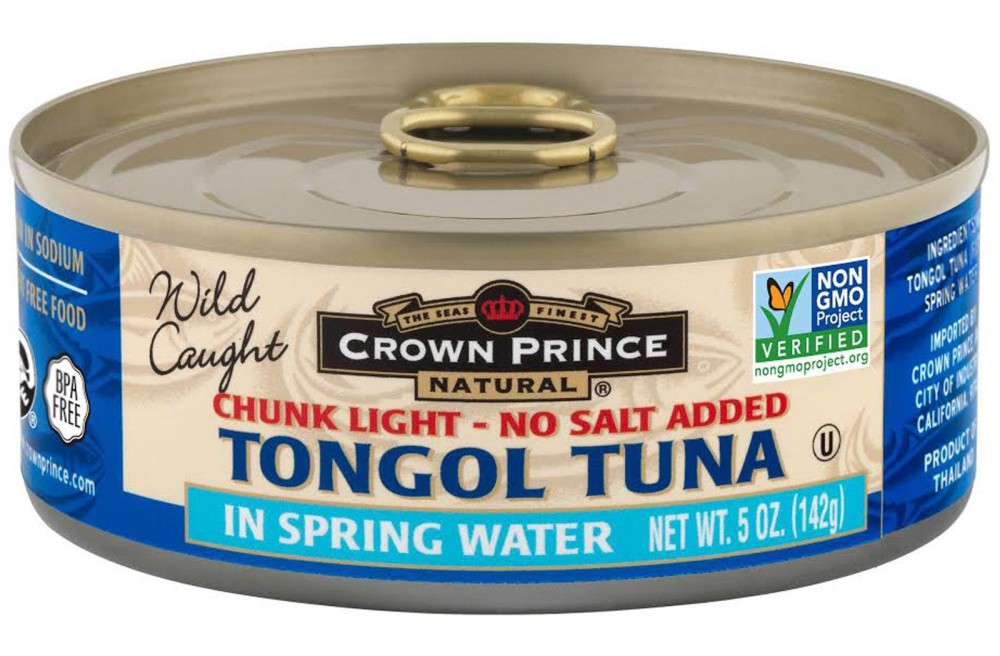 Tongol tuna is a smaller variety than common tuna fish. It tastes better than other tuna collections and is a safer food choice with lower mercury levels. The tongol is one of the smallest fish in the tuna range. It is also known as the northern bluefin tuna or longtail tuna.

Being the smallest of the tuna species, its body is deep near the middle of the first dorsal fin base. The tongol belly is of silvery white with colourless elongate oval spots arranged horizontally adapted rows.

The average size for tongol tuna is 40 to 70 cm long. However, the species can grow up their length up to 145 cm and gain weight up to 35 kg. The maximum age is known to be up to 20 years.

The main catching area for tongol tuna is Pacific Ocean, Indian Ocean, and the Atlantic Ocean. The biggest production territory for tongol tuna is Indonesia, Thailand, the Philippines, and Ecuador. The largest markets for this species are USA, Japan and Iran.

Tongol tuna is known to be avoiding very dark or cloudy water and areas. They are easily found in waters not very far offshore. Most of the time they stay in the coastal waters in the Indian and West Pacific oceans. The species is epipelagic.

Generally, tongol tuna like to eat squids and smaller fish. They normally get their diet from the water surface and by diving deep into the water to catch their food. The tongol has a similar habit to the other tuna species, including their behaviour. This species is a little protective and will escape from danger. Tongol tuna are found on the surface of the water as well as in deep water as deep as 250 metres.

Tongal tuna is very impressive with low mercury levels and responsible fishing practices. What really stands out is the taste. Tongal tuna does not have a strong odour or fishy aftertaste. The flesh is much lighter and very good. It tastes better than albacore tuna and it is much more affordable. However, since we are in a demand-driven market, the more people start consuming tongol tuna, the prices may become a little more expensive.

In the past few years prices for tongol tuna has gone up substantially in high end USA supermarkets. For some time now, tongol tuna has been the best-kept secret for its taste, affordability, and nutritional values.

As people are becoming more health-conscious, tuna fish, especially tongal tuna is a staple in a healthy diet. It is also a great choice for a protein sources. The canned fish idea is not a savoury prospect, it is more the wholesome food choice being more important than the convenience. Many people who are training rely on ready-to-eat protein source. Therefore, canned tuna is up there amongst using protein powders and food bars.

The choice should be tuna chunks light version over albacore variety. Moreover, choose tuna that is packed in water or olive oil and free from other additives.