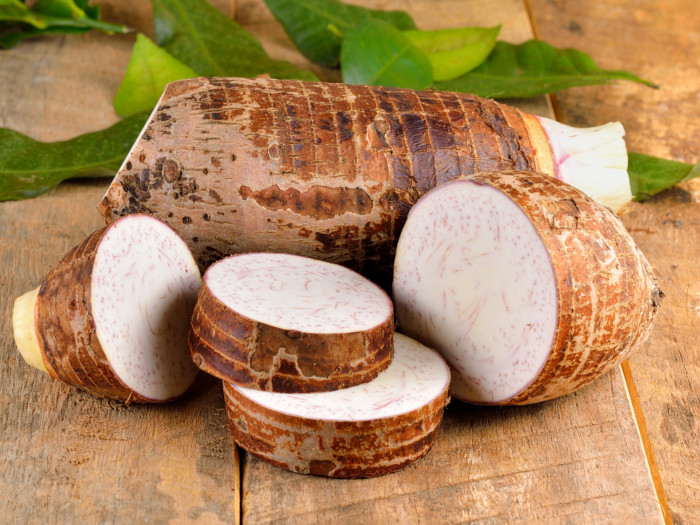 Root crops are a staple diet for over 400 million people. Tropical root crops such as taro, cassava, yams, sweet potatoes and coco-yams are extensively grown through out the Pacific and tropical regions. It remains seriously important food despite a growing reliance on imported flour and rice products in many Pacific Island regimen. Root crops are more important for the large rural population in the Pacific.

Taro is one of the most famous and common root crops in the region is the mainstay of many Pacific Island countries. It has become a crop of choice in many cultures and traditional feasts. These root crops are an important part of the culture for gifting and social obligations. Taro is also nutritionally and culturally important in the regional food security.

Cassava and sweet potatoes have rapidly gained traction among some farmers on account of their comparative ease of establishment and cultivation, and resilience to pests, disease and drought. Yams and coco-yams while less widely consumed, they are growing popularity.

Traditional knowledge accumulated over several generations in relation to seasonal rainfall, temperature, wind and pollination are in jeopardy due to the unparalleled speed of environmental change impacting the region. It has a major impact on crop planting and harvesting.

Climate change will seriously erode food security and agricultural livelihoods in all Pacific Island countries. The greatest challenge is to synthesis and transfer this knowledge to the Pacific Islanders growing the crops to feed the market.

Root crops are one of the main sources of energy and nutrients for the Pacific Islanders. Furthermore, it is as important in south-east Asian countries as well as the migrant community in Australia, New Zealand and USA.

Tubers represent approximately 40 to 50 percent of the energy intake in Tonga and the Solomon Islands. Taro is the vital component of the crops. Taro is also an excellent source of energy and fibre. When taro is consumed regularly, it provides a good source of calcium and iron.

Yams and sweet potatoes are also good sources of energy. It helps the body to stay active. Yams provide a generous quantities of vitamin B1, vitamin C and dietary iron. Yellow and orange varieties of the sweet potatoes contain a high amount of vitamin A.

Pacific root crops such as taro, cassava and sweet potatoes have leaves that are also edible and nutritious. Taro leaves are an excellent source of protein, dietary fibre and a range of vitamins and minerals.

Pacific root crops are grown mostly for domestic consumption in small holdings or gardens. However, international trade of root crops is growing at a substantial rate with Australia, New Zealand and North America. There is a good scope to expanding these and other international trade markets. Pacific Islanders will have to take a lead role to establish and promote in international markets. It has the potential to improve regional food and create livelihood opportunities within Pacific Island agribusiness.

Most kinds of root crops may be ‘filed stored’. It means it may be harvested and left in ground. The length of time can vary until they are needed for eating. Field storage is often the best solution for keeping root crops fresh. However, when field is not practicable, there are other traditional preservation methods that are used to extend ‘shelf life’ of the harvest.

One method is to store the tubers in purpose-built pits underground which is lined with coconut husks or banana leaves. Tubers are then covered with soil and may be stored from 2 to 3 months. It is also possible to bake the crop in hot earth oven to form an external crust. These tubers can be stored for up to a week. Furthermore, it can be preserved by parboiling the roots, thinly slicing and sun-drying the slices. Taro root prepared in this way will keep for several months when stored in tightly sealed jar, tin or plastic.

In recent times, the spread of freezing facilities throughout the Pacific has been convenient. Hence the birth of modern method of peeling and freezing root crops provides an extended storage time of up to 2 years. This method is increasingly used by Pacific agri-business exporters to meet the stringent quarantine requirements.