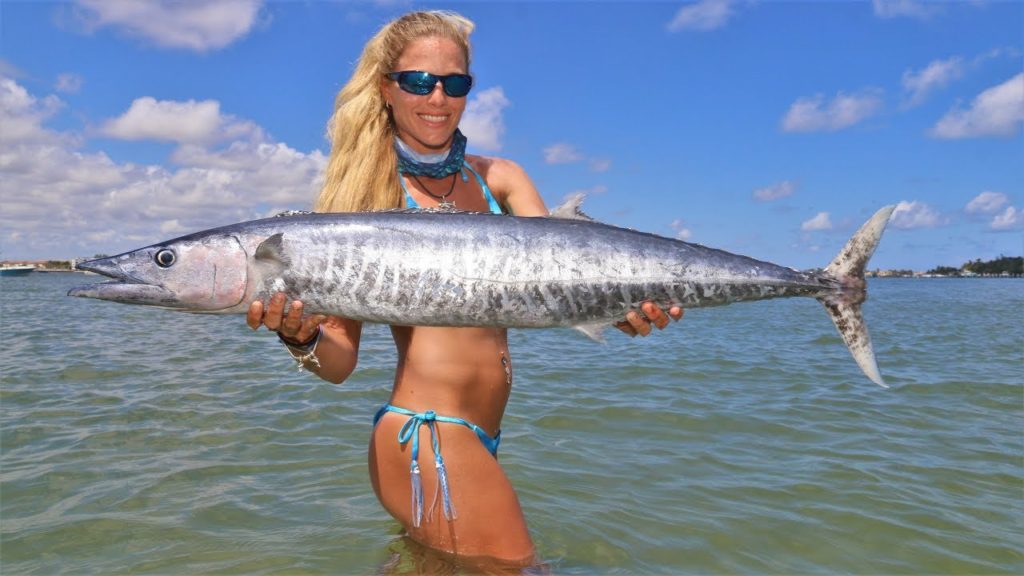 Wahoo is a premium priced commercial food fish.  It is a healthy source of lean protein that is low in saturated fat and low in sodium. Wahoo is rich in niacin, vitamin B6, vitamin B12, phosphorus and selenium. It is also providing omega-3’s (DHA and EPA).

Wahoo, in Hawaii is known as Ono which means good to eat or delicious in Hawaiian. It is closely related to King Mackerel and marketed as Ono and Wahoo. Their flesh is a beautiful white colour and remains white when cooked. The mild-sweet tasting flesh with a firm texture, moderate fat, and large, circular flakes when cooked makes mouth-watering meals. Flesh is delicate to dense, and highly regarded by many gourmets. The taste has been said to be similar to mackerel. Furthermore, wahoo fillets have less blood-line than similar pelagic fish which means they have a higher yield from purchased fillets to useable portions. Hence, in addition to being healthy it is value for money.

It is defined by its elongated, tuna-like body, dark blue-green on the top and silver on the sides. The continuous dorsal fin is also elongated and has a very short snout, a massive set of teeth. Both the upper and lower jaws have a moderately sharper appearance than those of king or Spanish mackerel. The body is covered with small, scarcely visible scales and colours fade rapidly at death.

Wahoo is a scombrid fish which is found worldwide in tropical and subtropical seas. It is best known to sports fishermen, as its speed and high-quality flesh make it a prize game fish. Body is built like a torpedo, they are fast swimmers. Therefore, they are some of the fastest fish in the sea. Ono rarely school, as other similar species, such as mackerel or tuna, and are therefore less commonly found in the marketplace. However, groups are often found around fish aggregation buoys. They reach a good size and is often available not too far from land. Wahoo are a very good fighter on light to medium tackle. It is known in sports fishing circles for the speed and strength of its first run. Its aggressive habits and razor-sharp teeth of the wahoo can be of considerable annoyance when targeting larger gamefish. Among sport fishermen, it’s a popular light-tackle gamefish. Ono in Hawaii are caught by trollers and long liners. Wahoo is appreciated by deep-sea anglers for its hard strikes and fast runs.

Whether you serve baked, poached or broiled, wahoo is a good source of high-quality protein. A serving of wahoo contains approximately 210 calories. Around 129 calories come from fat, while proteins provide around 76 calories. There is insignificant number of calories come from carbohydrates. A typical 2000-calorie daily diet serving is just over 10 percent of the recommended daily intake of calories. However, there is no dietary fibre in a serving of wahoo.

The like serving size of ono is also a good source of particular dietary minerals, including selenium, phosphorus, and magnesium. There are also good amounts of calcium, iron, zinc and potassium present in one serving. Wahoo is a significant source of many important vitamins that provides benefit to your body. A serving of the fish contains over 200 percent of the recommended daily intake, or RDI, of vitamin B12 and over 270 percent of the RDI for vitamin D. Other less substantial amounts include vitamins A, C, E and K, folate and thiamine.